Ghana’s Otumfuo Osei Tutu II, Asantehene, arrived in the United States (U.S.) on Saturday, April 30, 2022, where he was met on arrival at Washington Dulles International Airport by Ghana’s Ambassador to the U.S. Her Excellency (H.E.) Hajia Alima Mahama and some officials of the Embassy of Ghana in Washington D.C.

His Majesty Otumfuo Osei Tutu II, Asantehene, will leave for Memphis on Tuesday to honor an invitation to participate in the Memphis in May International Festival which this year is themed as a salute to the Republic of Ghana. The King will lead a contingent of paramount and divisional chiefs, royals, and stool attendants of the Golden Stool to participate in the festival in Memphis, Tennessee.

Otumfuo’s visit will highlight some of Ghana’s culture and traditions and as part of his visit, His Majesty Otumfuo Osei Tutu II will meet with government and business officials and visit area attractions in Memphis.

The King is also scheduled to attend a Ghana Live Riches & Rhythms performance at the Orpheum Theatre on Thursday, May 5 with some of Ghana’s top rap musicians, including Okyeame Kwame and Sarkodie in performance. Then on Friday, May 6, Otumfuo will also attend the Black Star Black Tie Gala which will celebrate His 72nd birthday and also honor Ghana’s Ambassador to the United States H.E. Hajia Alima Mahama.

The King will also address local college students in a public speech, whilst in Memphis.

The climax of the week-long program in Memphis will be a traditional durbar on Saturday, May 7. Activities of the week will then conclude with a Church service on Sunday, May 8, 2022.

Each year, Memphis in May International Festival aims to bring the world to Memphis and Memphis to the world. While the honored country is visible in all event themes, a whole week is dedicated each year to honor a country during the International Salute — Ghana was picked for 2022.

On Sunday, May 1, a delegation of the Asanteman Association including Washington media personality George Kwasi Bright of the Afrikan Post Newspaper paid a courtesy call on the Otumfuo at his residence in Maryland to officially welcome him to the U.S.

He expressed his appreciation to the leaders for the kind gesture and encouraged them to continue to uphold the culture and traditions of Asanteman to enable them to pass them on to their children. He advised that in all activities they should advocate for the truth as everything they stand for brings either honor or disrepute to him.

The king also briefed the delegation on his pending visit to Memphis and extended an invitation to them to join him. 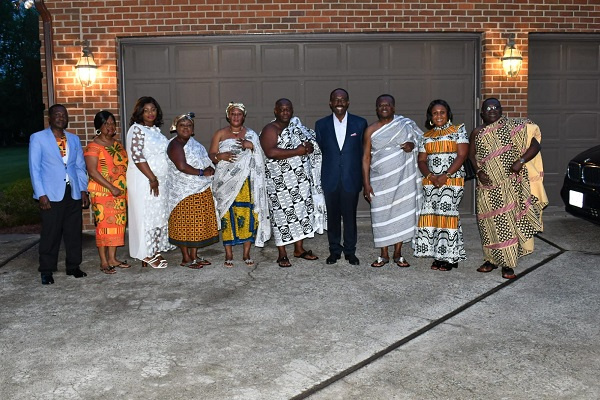 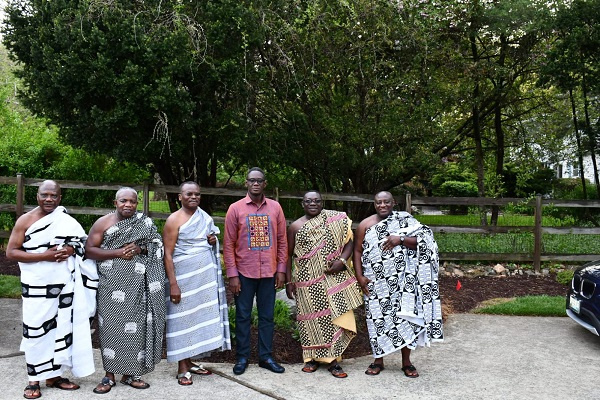