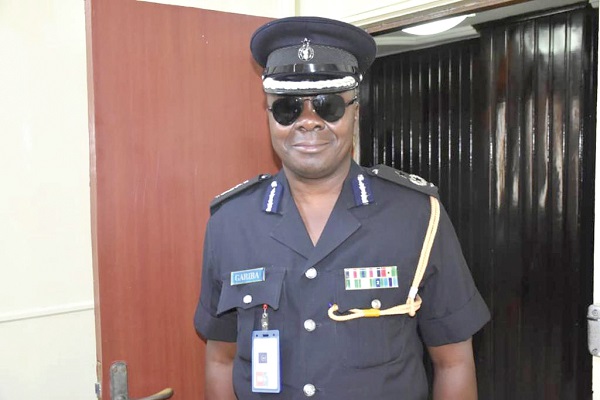 The National Elections Security Task Force (NESTF) has stated that only uniform security personnel will be deployed to polling stations to ensure the smooth conduct of the December 7 general election.

It said the NESTF would not tolerate the deployment of unauthorised persons to polling stations by anybody in the name of the Police and other security agencies.

“It is important for security agencies to present a robust posture for the 2020 elections,” the Director of Operations of the Ghana Police Service, Deputy Commissioner of Police (DCOP), Dr Sayibu Gariba, stated in Accra last Monday.

“That robust posture means that if you are not part of the security agencies do not dare deploy to undermine the 2020 elections; if you do so you will be countered with the appropriate force,” he stated.

Dr Gariba said that when he made a presentation on the preparedness by the security agencies for the 2020 general election.

The event held on the theme “2020 Elections and its implementation for peace and security in Ghana”, brought together top security officers, representatives of political parties, independent governance institutions, chief directors of ministries, department and agencies.

Highlighting measures to curb electoral violence in December, Dr Gariba said security personnel from the GPS, the Ghana National Fire Service, the Customs Division of the Ghana Revenue Authority, the Ghana Prisons Service, the Ghana Immigration Service and Ghana Armed Forces would be engaged in strategic deployment to polling and collation centres, as well as other installations, while other operations would involve mobile, patrol teams and reserve teams.

“There will be a rapid response team by the Ghana Police operational unit and the Ghana Armed Forces,” he said, warning that “anything outside this you are not part of the National Elections Security Taskforce.”

“Do not dare deploy; the intelligence agencies which we know will cover the operations to support this unit. Apart from that nobody and no agency is authorised to deploy for elections,” he warned.

Dr Gariba said to ensure effective policing of the elections, the security architecture had been designed to be implemented at the national, regional and district levels with the involvement of representatives of the Electoral Commission (EC) and the National Commission on Civic Education (NCCE) in the planning of security for elections.

The National Coordinator of the Ghana Boundary Commission, Brigadier General Dr Emmanuel Kotia, mentioned the use of macho men and militia groups by political parties, the fuelling of ethnicity, the calling of electoral results by the media on elections day, hijacking of ballot boxes, faulty biometric verification machines and alleged irregularities at polling stations as some of the factors that could spark electoral violence.

The Minister of Parliamentary Affairs, Mr Osei Kyei-Mensah-Bonsu, urged the security agencies to keenly monitor the 4,098 flashpoints across the country as political parties intensified their campaigns prior to the December polls.