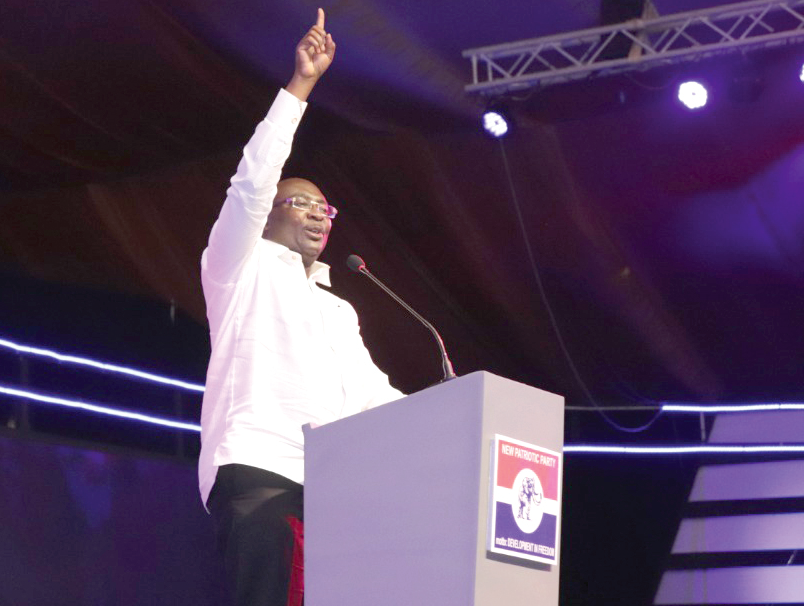 Vice-President Dr Bawumia speaking at the launch of the campaign

The ruling New Patriotic Party (NPP) has unveiled its ‘Adopt a Polling Station-style’ campaign to ensure polling stations and party agents are given the maximum support to do their work in the upcoming general election.

Speaking at the launch of the ‘IAM4NANA’ fundraising campaign to support President Nana Addo Dankwa Akufo-Addo prior to the December elections, the running mate of the party and Vice-President, Dr Mahamudu Bawumia, noted the NPP wanted to adopt polling stations by contributing in cash and resources.

The Vice-President launched a short code,*386#, to enable supporters who would like to contribute to the campaign by following the command prompt to donate.

“Let us support the NPP fundraising initiatives, adopt a polling station and help our agents do diligent work on election day. Let us make calls, talk to our family and friends, tell them what Nana Addo has accomplished; let us intensify our door to door campaign and remind our supporters and Ghanaians of the initiatives the NPP administration has done to transform the lives of Ghanaians”.

“We don’t want to repeat that dance; one step forward two steps backwards. Interestingly, and by the grace of God, when the balloting numbers came, NPP is number one and National Democratic Congress number two.

Ghanaians will on December 7, 2020 go to the polls to elect a President as part of a four-year constitutional mandate in a general election.

The Electoral Commission has cleared 12 presidential candidates to contest the presidential election.
#GhanaVotes2020