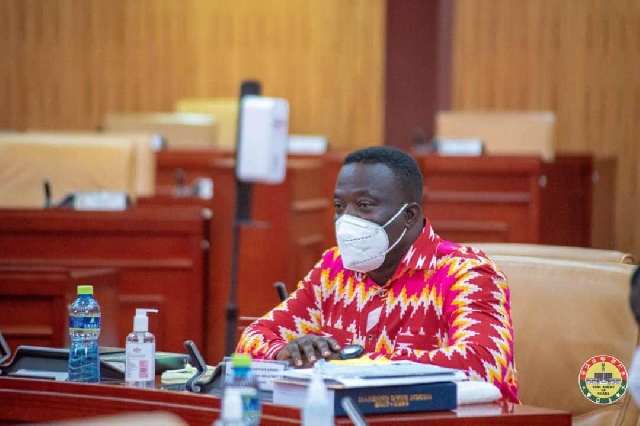 
The National Labour Commission(NLC) and the University Teachers Association of Ghana(UTAG) are scheduled to meet with the Minister of Labour and Employment at 4:00pm to discuss the outcome of an out-of-court settlement meeting ordered by the Labour Court in Accra.

They’re expected to convey the outcome of their meeting held earlier today (Wednesday, August 18) over the same matter to the sector minister ahead of court hearing Thursday.

What this means is that should the parties settled the matter today, the outcome would be adopted by the court as a consent judgement to bring closure to the matter.

On Monday, August 16, 2021 when the parties appeared in court, the presiding judge, Justice Frank Rockson Aboadwe urged the parties to settle the matter at hand.

According to the judge, this is a matter that could be settled by both parties and urged them to do that if possible before the next court sitting which is tomorrow, Thursday, August 19.

The court said, even though the matter is before it for hearing, as a Labour Court, it advocates for settlement to be done.

He hoped that, the parties will have the dispute resolved before they appeared before him on August 19.

The parties indicated to the court their commitment to that effect before the case was adjourned to Thursday.

UTAG has since August 2 embarked on strike action over their conditions of service.

They have failed to call off the strike despite an order of interlocutory injunction secured by NLC via an exparte motion to return to work.