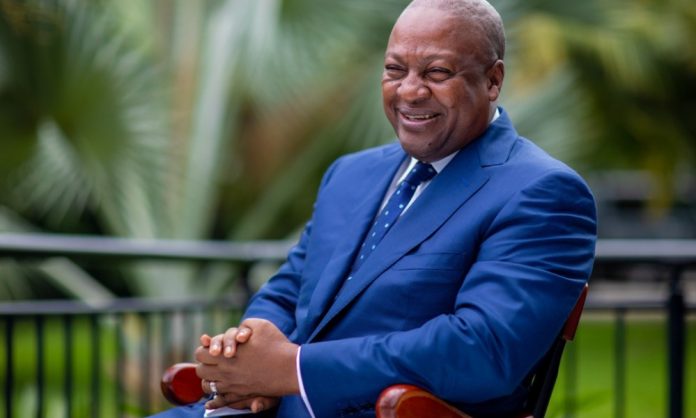 
Former NDC Vice Chairman for Nhyiaeso Constituency who has crossed carpet to the NPP , Mawuli Ekpe Peter, has unequivocally stated that there is no way the flagbearer of the NDC can make the free SHS policy better.

He said that, Ghanaians should not forget that John Mahama collapsed the National Health Insurance Scheme.

According to Abro as he is affectionately called in an interview on the Kumasi-based Wontumi Radio/TV he was a member of the NDC for 26 years but cannot mention a single social intervention policy the opposition party introduced during that period.

The Radio Presenter said that, a lot of Ghanaians may be wondering why he is championing the free SHS policy.

Mawuli explained that, “the flagbearer of the NDC also benefitted from free education which was implemented for a long time in the Northern Regions before becoming a Vice President and later the substantive President.

“This sends a message loud and clear that if your child is not educated he cannot occupy higher position” He noted.

Abro hyped the free SHS saying that, “the excitement associated with seeing school children return home after completing school with their luggage and the joyous celebration they relapsed into when they pass will soon become a common phenomenon in most homes and parents yet to experience it should yearn for it because they will treasure the feeling.” He noted.

He revealed that, the free SHS graduates in the Prestea-Huni Valley area have become a manifestation of the success of the free SHS and this is “overwhelming.”

According to Abro, he would be happy if some years to come he would be remembered for preaching the goodness of the free SHS policy on Wontumi Radio/TV and how it has helped their wards.

He appealed to, Ghanaians to give President Nana Akufo-Addo four more years for the free SHS to gain deeper roots.