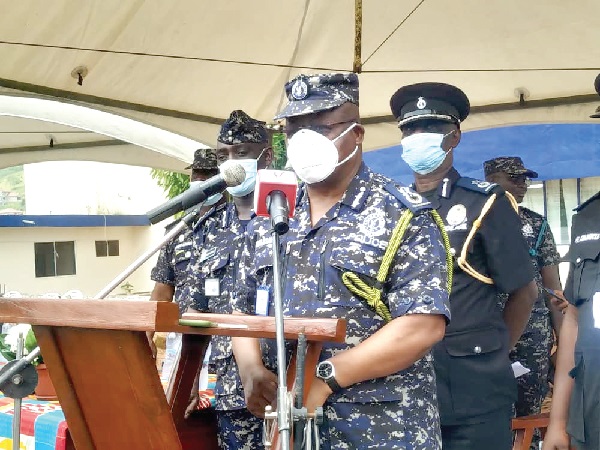 The Inspector-General of Police (IGP), Mr James Oppong-Boanuh, has said there will be increased security in the Volta Region during the December elections.

He said already a lot of security detail had been deployed to the region, following the disruptive activities of suspected separatist groups, and added that with some hotspots already identified in the region, the need to beef up security there was paramount.

The IGP gave the assurance during a visit to the region last Tuesday to assess the capabilities of the police in the region in the run-up to the December 7 general election.

Speaking to journalists after a simulation exercise put up by the police, Mr Oppong-Boanuh said it was necessary that the operational readiness of the police to maintain peace and security was assessed from time to time.

“We are doing this with the support of our colleagues from the other security agencies, including the Ghana Immigration Service, the Ghana National Fire Service the Ghana Prisons Service and the Customs Division of the Ghana Revenue Authority, with the military helping us with rapid response in other situations,” he added.

The simulation exercise portrayed a possible scenario of violence that could occur on election day and the response of the Ghana Police Service to the situation.

There are currently 321 identified hotspots in the Volta Region, with the Ketu South Constituency leading with 66 of them.

The IGP said apart from making provisions for the already identified hotspots, “we also go with the assumption that any place at all could at any moment become a hotspot insofar as the election is concerned”.

While urging the public to maintain the peace during the electioneering period, Mr Oppong-Boanuh said whoever had any grievance should route it through the authorised legal means and not take the law into his or her own hands.

The team also paid a courtesy call on the Volta Regional Minister, Dr Archibald Yao Letsa, and met with the chiefs of the Asogli State.