Founder of the United Peoples Party (UPP) Akwasi Addai Odike has apologised to former President John Mahama for tagging his government corrupt during the 2016 elections.

The relationship between the two politicians become bad after the former flagbearer of the UPP was disqualified from the 2016 presidential election by the Charlotte Osei-led Electoral Commission (EC) for failing to meet the requirement of the commission.

The disappointed presidential hopeful then declared his support for then opposition party’s flagbearer Nana Akufo-Addo and vigorously campaigned against the NDC.

Mr Odike and Mr. Mahama met at Kumasi Golden Tulip City Hotel car park on Sunday morning while Mr. Mahama was joining an NDC health walk in memory of the late former president Jerry John Rawlings. The open meeting between the two which lasted for about three minutes appeared to have brought some relief to Mr Odike. 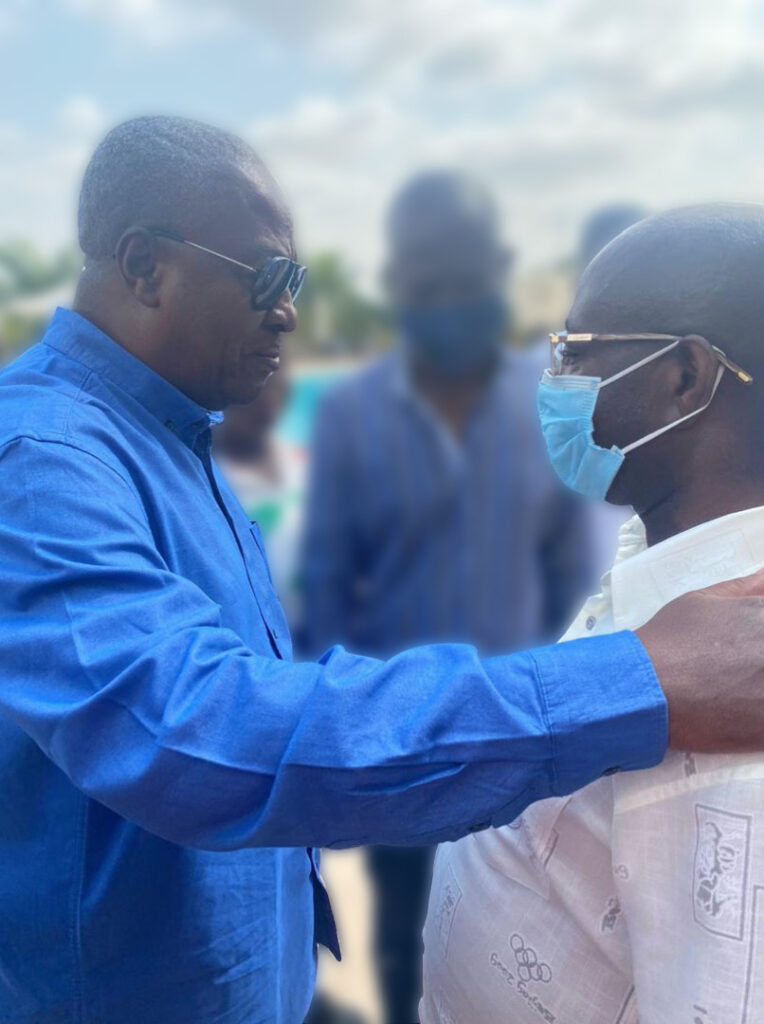 Mr. Odike after the meeting told Ultimate FM’s Isaac Bediako “The former president was my friend but our friendship went bad when I campaign against him five years ago. During the 2016 elections year, I thought Nana Akufo Addo was a ‘saint’ because I didn’t know much more about his leadership qualities, I now know the true character of the President. His government is the most corrupt government ever to have happened in the country. Therefore I think I had to make amends with my friend and move on’’.

He added: “When I approached him at the car park he received me well, I told him Mr. President let the past be past. He smiled at me and I also smiled at him, since 2016 this the first time we have talked to each other and I’m happy we have rekindled our friendship’’.

He said, although he will not campaign for Mahama, he believes the NPP government does not deserve another term in office.

“The NPP in 2016 with my support succeeded in branding the former president John Mahama government as corrupt and incompetent but just ask yourself what do we see in the said incorruptible Nana Akufo Addo’s government? Every day one corruption. Therefore I feel guilty for some of the things I used to campaign against John Mahama,’’ he stressed.