A video has emerged, showing Joe Garcia, 50, laying a vase of red roses at a cross bearing the name of his wife, Irma Garcia, 46, hours before he died of a broken heart.

Irma Garcia is one of the teachers killed on Tuesday, May 24, in Robb Elementary School while protecting her students.

On Thursday, it was reported that her husband of 24 years, Joe Garcia, who was also her childhood sweetheart, had died of a heart attack (read here).

Relatives blame the anguish of his wife’s passing for the fatal cardiac arrest. 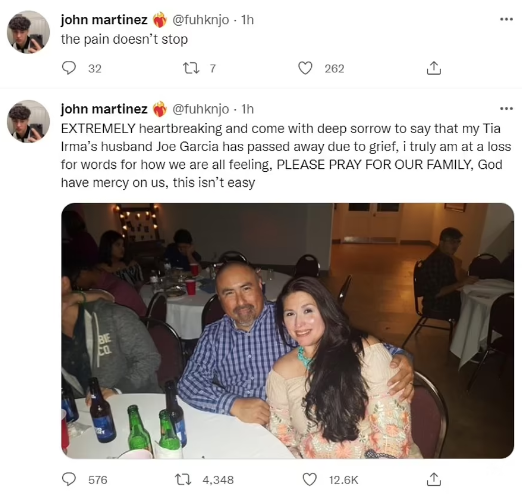 A harrowing video has now been released, showing Joe at his wife’s memorial hours before his death.

The couple had been married for 24 years. Joe was a teacher, while Irma was a fourth grade teacher at the Robb Elementary School.

They were parents to four children, three of whom were filmed embracing one another at a Mass held on Thursday night, May 26, in honour of their parents.

At one point Jose was seen crying in church. 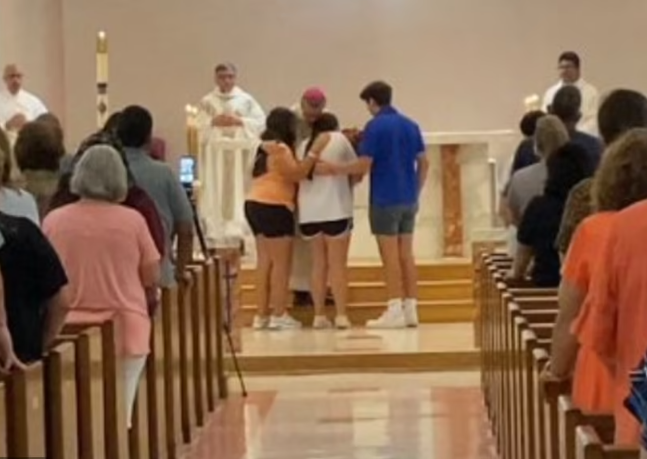 Father Eduardo Morales blessed the three siblings who attended the service and told them: “We are your family. Your mother and father will always find a way to take care of you.” 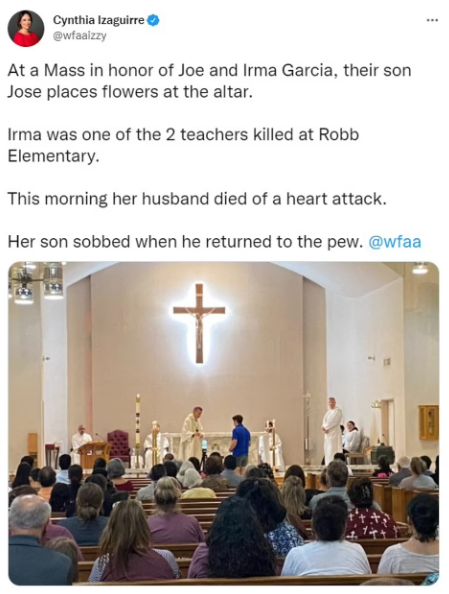 Cristian, who is at military boot camp, couldn’t attend the memorial.

Watch the video of Joe laying flowers at his wife’s memorial before he died.

Joe Garcia visited his wife’s memorial this morning to place flowers on a cross with her name on it. Joe is the husband to Irma Garcia. Not long after Joe visited Irma’s memorial, he suffered a heart attack and died.