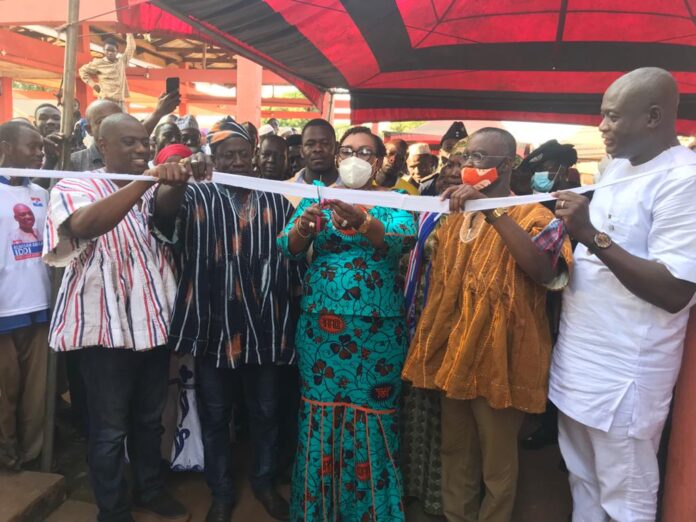 The Minister for special development Initiatives and the peoples representative for Awutu Senya East constituency Mavis Hawa Koomson on Friday, 23 October took a working visit to the Salaga North and South constituencies and commissioned a market, CHPS compound and Clinic.

Commissioning the market and storage facility in Bunjai in Salaga North constituency she said that “I used to come and sell Appeti here when I was growing up in Salaga. Since then the market has not seen any facelift until now”.

She also appealed to the people of Bunjai to vote for President Akufo-Addo to do more for them.

In Massaka where Madam Hawa Koomson commissioned a CHPS compound she asserted “though I’m MP for the people of Awutu senya east, I’m proud to serve you in the capacity as minister and daughter of this very land”.

Dr Chrystantus Kubio, Savannah region health director also took to the podium and said the facility will enable the village folks to have easy access to good health care without any hustle.

Adam Salifu, MP for Salaga South and who doubles as the savannah region minister heaped praises on the minister.

Makango was not different as Hawa Koomson commissioned a clinic but the rains disrupted the colourful occasion.