Ghanaian gospel music gem Empress Gifty has been selected as one of the Ambassadors by the Ministry of National Security to champion terrorism awareness in Ghana.

The new campaign dubbed, “If You See Something, Say Something” is to prevent terrorism from festering.

This means any person who notices anything unusual regarding security in a locality should inform the various agencies by dialing 999 (toll-free) or using any of the security agencies’ phone numbers or social media handles.

According to Empress Gifty, she is honoured to be selected as one of the Ambassadors to champion the terrorism awareness campaign in Ghana.

She noted that ‘See something, Say something’ is every Ghanaian’s responsibility to safeguard the security of one’s community.

The ‘Eye Woa’ hitmaker called on all and sundry to actively partake in the campaign and help rid the country of unscrupulous individuals.

The campaign is in line with the whole-of-society approach that underpins the National Security Strategy and is aimed at encouraging citizens to report suspicious persons or activities to enable the State to respond effectively to the threat of terrorism and violent extremism.

The Ministry of National Security has assured the general public of its continued collaboration with all relevant agencies and stakeholders to safeguard the peace and security of Ghana. 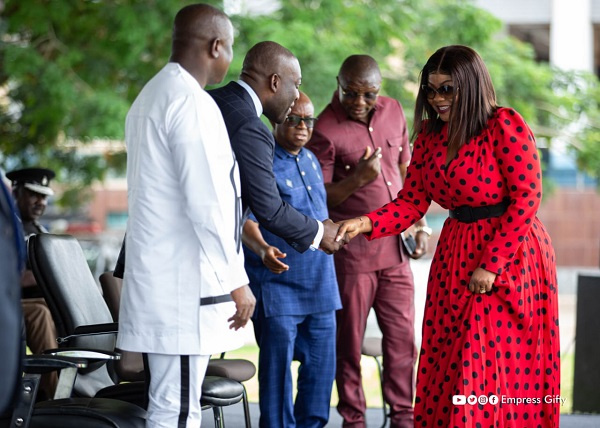