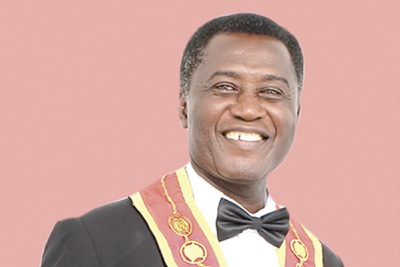 The Noble Order of the Knights of Marshall, a Catholic-friendly society, has called on political parties to ensure that Election 2020 is characterised by a contest of ideas.

It said political parties mostly sought power with the aim to improve the living conditions of citizens, hence the need to make the electioneering idea-based and devoid of actions that undermined the integrity of the elections.

In a communiqué signed by its Supreme Knight, Sir Kt Bro Charles L. L. Cobb, the society reminded political parties that the principal lesson from election results was that the sovereign will of the citizenry was key to who governed them.

“This sovereign will must be respected at all times,” it said.

It said majority of Ghanaians had a strong desire for clean, free and fair elections in a peaceful and harmonious climate which was “devoid of fear, suspicion, distrust, retribution, political hooliganism, thuggery, vigilantism, mudslinging and name-calling.”

That desire, it said, should guide the conduct of key actors in the upcoming general election.

The communiqué expressed optimism that the Electoral Commission (EC) had the track record of delivering successful elections on December 7, 2020 and would not let the nation down.

“We therefore urge all stakeholders, especially the political parties, to cooperate with the EC to achieve yet again another feat for Ghana,” it said.

It however called for constructive criticism of the electoral process, where necessary, with the view to building a strong Electoral Commission and preserving the sanctity of a Commission that can inspire trust in its work.

“It is our firm belief that in situations where there are irreconcilable differences, affected parties should seek legal redress rather than resort to the use of intemperate language and or violence,” it stated.

It said ensuring incident-free, fair and credible elections in December 2020 was a call to duty by all citizens, as a moral, civic and spiritual responsibility.

The communiqué urged the electorate to know and respect the legal prescriptions governing the electoral process, including the dos and don’ts, as well as the sanctions that went with violations.

It, therefore, urged the Electoral Commission and the National Commission for Civic Education to lead the educational process with support from various stakeholders such as traditional authorities, religious leaders and civil society organisations etc.

The communiqué acknowledged the critical role the media played in informing, educating and whipping up interest in the electoral process.

It, however, urged the media to be circumspect in their reportage and should not carry sensational stories that might inflame passions.

It further called on law enforcement agencies and the judiciary to be quick and decisive in bringing to book perpetrators of actions that undermined the elections without fear or favour.