Junior High School Students at Kwahyia, a farming community in the Suhum Municipality of the Eastern region say they have not seen computers before, despite it being part of the curriculum.

According to the students, the situation continues to have negative effect on their learning of Information Communication and Technology (ICT).

Many basic schools in the Eastern Region do not have access to Computers for hands-on practical training on ICT despite being part of the pedagogy.

“We don’t have computers in this school. We have not even seen some before so we only see them in books. It is affecting as because we don’t do practicals,” a Form-3 told Starr News.

“During examination, it is difficult for us to do the practicals because we don’t have computers to train. Even labelling the computer parts also become a problem,” another student said.

The Chiefs in the Community are worried by the situation and are therefore raising funds to construct a modern ICT centre.

The 30 -seater capacity ICT centre and e-library project being spearheaded by the Nkosuohene Nana Boakye Yiadom through his development foundation when completed will serve students in other surrounding villages .

At a sod-cutting ceremony, the Nkosuohene Nana Boakye Yiadom said he has been much concerned about the poor performance of students in the area in the ICT subjects owing to lack of computers for practicals hence the decision to construct ICT center in the community. 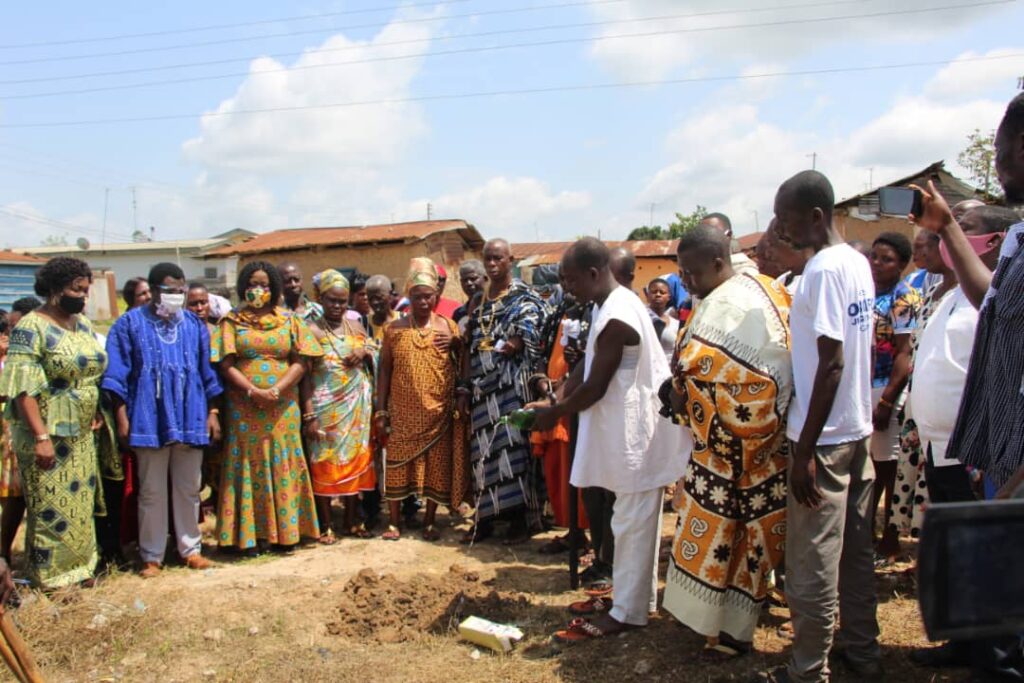 “ICT is now the order of the world. Everything is premised on ICT. But it is sad that in this village the children do not have access to Computers to properly learn the subject with hands-on training .so their performance is very bad. They don’t even know how to operate a computer reason I decided to do something about this because if we wait on government God knows how long it will take ”

The Municipal Chief Executive for Suhum Margaret Darko Dankwa pledged to donate 100 bags of cement to support the project.

According to her, the Assembly is planning to reconstruct the dilapidated School classroom block in the community which has become a death trap.

The Chief of Suhum Kwahyia, Baffour Asare Ayisi II, appealed for the rehabilitation of the poor road network to the community to help facilitate the transport of farm produce to market centres.

He said the area is known for the cultivation of varieties of crops including vegetables but due to the bad roads traders are reluctant to come to the community to buy from farmers.