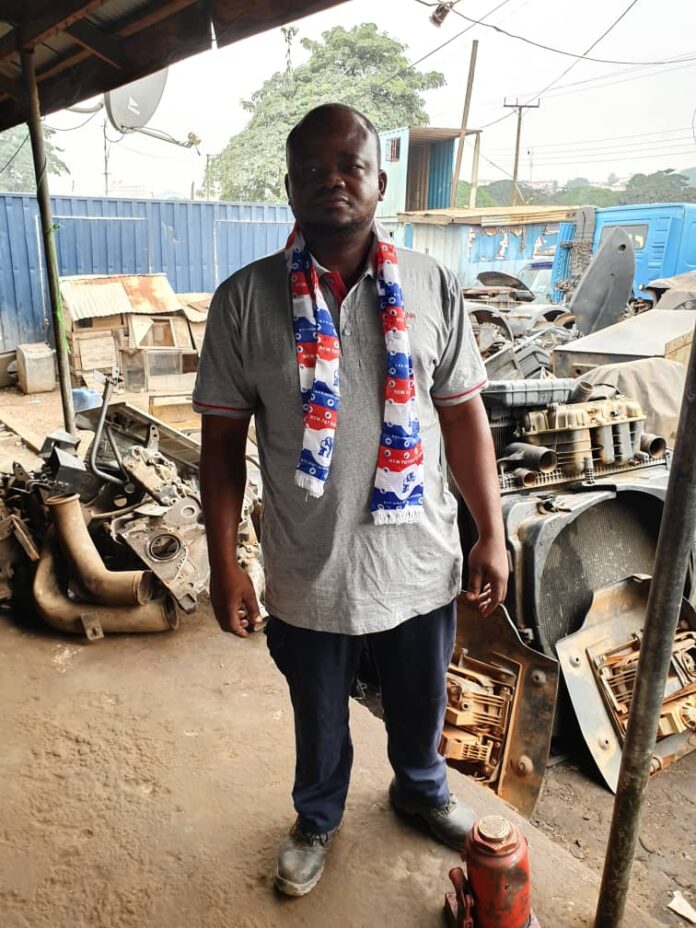 The Chairman of the Suame Magazine chapter of the New Patriotic Party chapter Cisse Abdul Rahman Mahama says the party will not be complacent in its effort to win the December polls.

According to him, the various campaign teams across the Ashanti Region have doubled up their efforts in spreading the message of development and hope to voters.

“Many people are wrongfully assuming that because the NPP has its strongest base in the Ashanti Region, victory for us will be automatic. We are not slowing down at all. We are entering homes and offices to account to the people and as well solicit their support,” he added.

Abdul Rahman stated that “the regional executives led by the regional Chairman are involving everyone in this campaign and there is a strategy every hour to ensure consistency and widespread publicity of our messages. So we cannot and are not complacent at all’.

He charged voters to vote massively for the Akufo-Addo government to ensure continuity in the various programmes introduced by government.

“Prior to 2016, you have no idea the burden on us as parents and opinion leaders. Much of our resources went into the payment of fees. Now we have been relieved. Many people underestimate the benefit of this free SHS programme to us. There are factories all over the place and for the first time we are seeing sustained growth in agriculture”, he explained.

He encouraged party and non-party members to take advantage of the ‘adopt a polling station’ programme to help resource polling stations for the December polls.

“This strategy helped us a lot in 2016 and in 2020 we have rolled it out to garner more support and energize the grassroots. Elections definitely are won at the polling station and Insha Allah we shall succeed with the current plans in current”, he concluded.