A couple unknowingly live-streamed their steamy sex session via Zoom to a synagogue for around 45 minutes as people watched.

The middle-aged couple had joined a virtual synagogue hosted by the Twin Cities’ Temple Beth El in Minneapolis, USA, on May 14, when they decided to have sex, not realising their camera was still on.

It has been reported the couple continued in the act until they saw a private chat begging them to stop.

One horrified onlooker told the New York Post that the couple carried on for about 45 minutes, with the woman walking around naked, going in and out of the Zoom frame.

They added: “He was in the bed, he whipped it out, she started going to work.’

“Someone on the Zoom saw and called her and was like, ‘WTF are you doing? You’re on camera.’ She freaked out.

“It was a Zoom for a bat mitzvah. Most people were not on camera except like, the old bubbes … who don’t know how to turn off their camera, and these two people.

“So the boxes were pretty big and everyone could see who was on camera.” 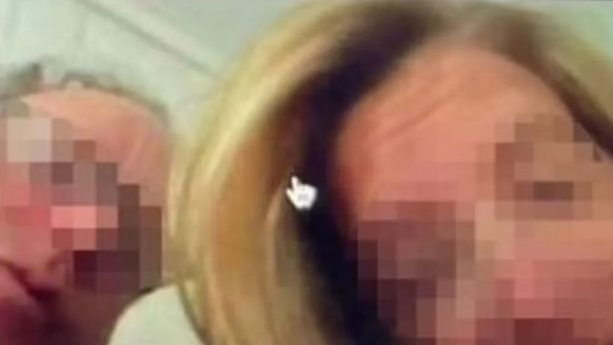 The couple have not been identified by the synagogue, which is downplaying the incident.

Managing director Temple Beth El Matt Walzer said: “I’m aware of the incident and won’t be commenting on the details.”