Some students in the Adentan constituency in Accra who wanted to take advantage of the Electoral Commission’s (EC) plan to allow them to transfer their votes ahead of the December 7, 2020 elections went through some difficulties Thursday morning at the Adentan District office of the EC.

While the first day, October 20 of the three-day nationwide exercise saw a relatively slow activity in some areas, the second and third days saw huge turnouts, as the registered voters, all students, sought to transfer their votes from the initial registration centres set up at their respective schools.

Thursday, October 22 was the last day for the three-day nationwide exercise.

This year, because the EC compiled a whole new register in June, the window for the transfer of votes was opened for only students and members of the security services and not to the general public.

This was because there was a special arrangement for students to register in their respective schools as a result of the coronavirus outbreak and because they were in school preparing for their final examinations while the registration exercise was ongoing and thus registered in school.

When Graphic Online visited the Adentan District office of the EC around 9a.m. Thursday, there was a long queue of students who wanted to transfer their votes but the office was yet to open.

As of 11am, when Graphic Online was leaving the scene, the officials at the office had just arrived, even though the advertised time for the exercise was 8am to 4p.m. daily. 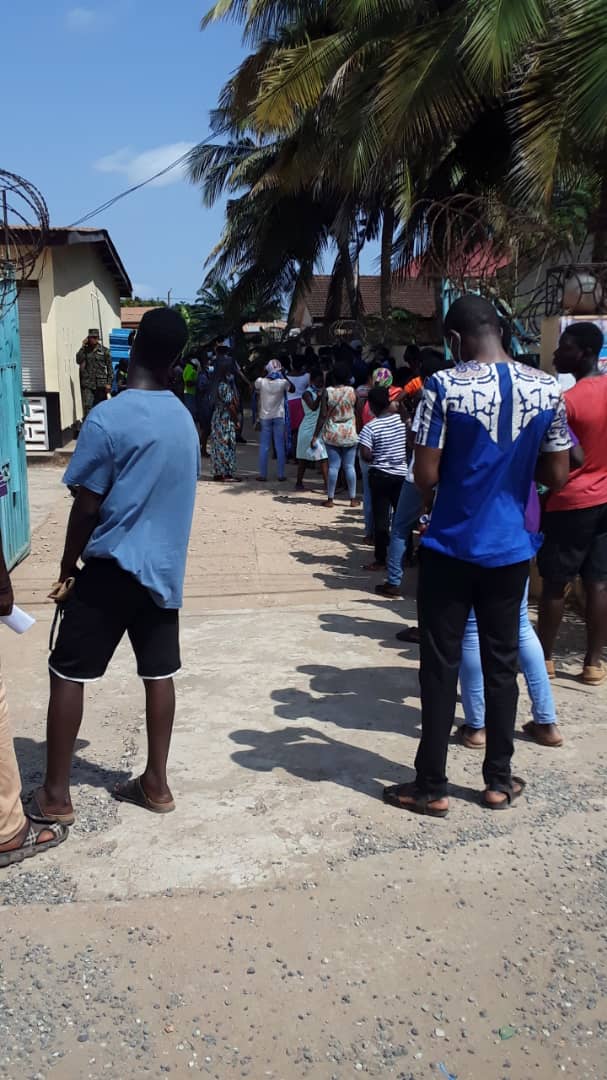 Some of the people in the queue who spoke to Graphic Online expressed frustration about the situation and were worried they may miss out on the chance to get their vote transferred.

“I registered in Cape Coast where I schooled. I was here on Tuesday and I was asked to bring some supporting documents. I returned yesterday only to be told that the office closed at 4pm so I could not be served. I’m here again today and have been in the queue for the past two hours without any word.”

“My worry is if they would not repeat the same thing that we close at 4pm story they told us yesterday,” a young lady who did not want to be named said.

Another youngman, Kofi Asare Mensah, said he only heard of the announcement notifying people about the transfer on Wednesday.

“I don’t think they gave enough notice and information about the exercise. I came over on Tuesday when I heard of it and was asked to bring an ID, a form of proof of being a student and a copy of a utility bill.

“We did not know about all these, so we got here before we were asked to go and bring them. Now I don’t know if I would get to go through the process,” he said.

The officials at the Adentan District office of the EC declined comment when Graphic Online approached them, explaining that they did not have permission of their superiors to talk to the media.